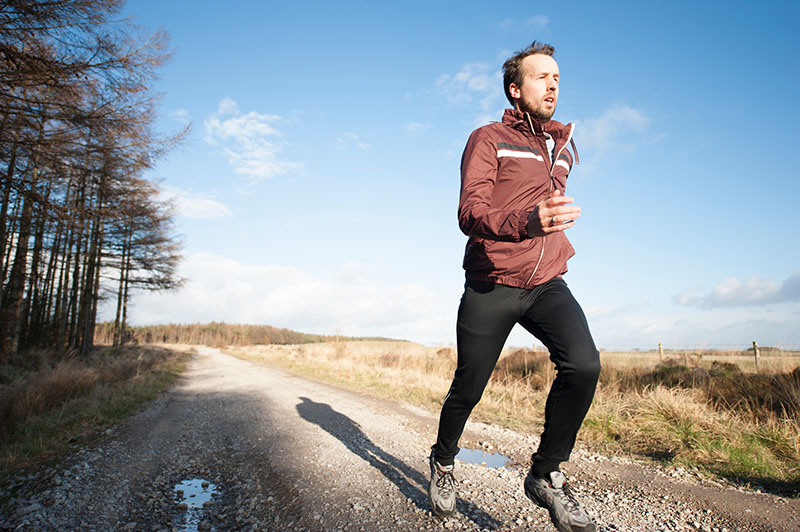 I actually will allow my nonprofessional athletes to return to running 3 months after spinal surgery rather than one year for this very reason.  Obviously, professional athletes have different risk tolerance because of the financial incentives involved, and I advise them to keep that in mind when they return to their strenuous activities during their recovery.

IS THIS FOR ME?

Running is a great activity that promotes mental and physical health in many ways.  Finding ways to do it as safely and as efficiently as possible is very important to me and to my patients.  I encourage all of my patients to speak to a variety of personal trainers and potentially physical therapists, but to consider where they are in their healing process before pushing themselves too far.Having treated a large number of athletes of all shapes and sizes from the “fit but fat” to the weekend warrior to the professional athlete, the impact of exercise on spinal health, anatomy, and recovery after spinal surgery cannot be underestimated.

Core strength (the combination of abdominal and low back muscles to stabilize the center of our body, AKA the core) is paramount to maintaining spinal stability and minimizing the risk of injury.

Many of my patients enjoy running as a way of both maintaining cardiovascular fitness, maintaining weight loss, and just enjoying a good old “runners’ high”.  But, for a lot of us (including myself), the way we were taught to run has some potential negative consequences on joint and spinal health, and can cause some pretty severe acute low back pain.

WHY IS THE WAY WE’RE TAUGHT TO RUN WRONG.

One interesting finding is that somewhere in the 1970’s, when running as the sport and a recreational activity became most popular, a shift occurred towards running with shoes with large heel cushions, which promoted a “heel-strike” running technique which has since been the way many children are taught to run. In theory, this is similar to the way we walk – but when you consider the increased force of running in comparison to walking, you might begin to see where the problems lie for our spinal joints.

Kenyan ultramarathon runners, children who have not been “taught” how to run, and the majority of large predatory animals (such as lions, tigers, and bears, oh my…) all run in a way that uses the foot and ankle joint as an additional shock absorber.  This technique has been colloquially called the “barefoot” running technique.

WHAT’S THE SCIENCE BEHIND THIS?

The scientific and scholarly articles however have pointed out a number of risks associated with the technique, especially when one is first learning.  Because it is different from how many of us were taught how to run, the feet have not been trained physically to manage the stresses of impact on the forefoot, which are slightly different than the classic heel strike technique.

Studies have shown that the incidence of disabling knee, ankle, and hip pain in heel strike runners is approximately similar to the incidence of stress fractures in the forefoot (where one contacts the ground initially) in the natural or “barefoot” running technique. But what’s interesting here is that  the majority of these injuries in the forefoot tend to occur early in their training, and suggests to me that this might be avoided by having a more gradual training process for transitioning from heel strike to natural technique.

My belief is that the techniques described in the academic papers did not gradually transition adequately from “heel-strike” to “forefoot strike” or “natural” technique other than being given “guidelines”.  Essentially these researchers had people transition directly from running their standard distance via heel strike that they had and were accustomed to, and then starting forefoot strike technique at a slightly reduced distance.

We know that bones strengthen and grow and heal based up on the forces that they are subjected to (an orthopedic maxim known as “Wolff’s Law”), and this change can take months to develop, and it seems logical that subjecting a forefoot that is not adequately trained for this stress is likely to risk just such an injury.

WHAT ABOUT MY BACK INJURY?

One of the suggestions that I have made to my patients who wished to continue running after spinal surgery or after a spinal injury of some kind (such as a herniated disc) is that they transition to a “natural” running technique and do so under the supervision of a trainer who is experienced in teaching the natural running technique.