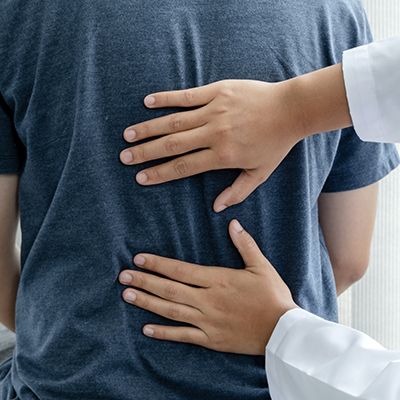 Jenkins NeuroSpine is nationally known for being a leader in providing pain relief by tailoring spinal treatment to each patient.

At Jenkins NeuroSpine, we are well versed in a variety of other spinal treatments that provide relief to patients experiencing pain.

How do I know if I need Other Spinal Treatments?

Jenkins NeuroSpine is led by a nationally recognized neurosurgeon, Dr. Jenkins, who specializes in providing relief to patients who are experiencing acute or chronic neck and back pain.

Below are additional spinal treatments we provide treatment for:

For those patients whose spinal stenosis is caused by a single off-centered disk herniation or bone spur from the disk space (anterior osteophyte), a small procedure with a similar approach as the diskectomy can remove the compression without complete removal of the disk, and without a fusion. This procedure involves less disruption of the rest of the disk space, and so the majority of the native disk material is left untouched, and the patient is able to maintain their pre-operative range of motion. The restrictions are slightly less after an anterior foraminotomy for discectomy for decompression, and so consequently the procedure is slightly easier to recover from.

However, this procedure does have a significant recurrence rate (precisely because it does not involve removal of the entire disk material, which typically requires a fusion or total disk replacement), and does result in some damage to the disk. Although most surgeons who perform this procedure will not completely immobilize the patient after surgery in a collar, strenuous activity is typically curtailed initially.

Sometimes, such as when the compression is more than just disk material or bone spurs at the disk level, or a major deformity is involved, or removal of the entire vertebral body is necessary because of tumor or other disease involving the bone, then more complete removal of the vertebral body is required. This is called a vertebrectomy or a corpectomy. Whenever a corpectomy is performed, either a fusion or instrumentation is usually performed. This is to maintain a more ideal position. The corpectomy is more destructive than a discectomy and fusion and may have a higher nonunion rate, and multilevel procedures are more likely to require a second procedure to provide supplemental instrumentation from the posterior approach to ensure a solid fusion.

However, there are many circumstances where the removal of the bone in the back results in delayed kyphosis or forward tipping. This forward tipping essentially bends and stretches the spinal cord over the disk spaces and bone spurs, and over time this can result in more neurological symptoms. For this reason, most spine surgeons will perform instrumentation and fusion with a laminectomy when done for spinal canal stenosis, especially if there is already forward or kyphotic tipping of the spine, or if there is a significant weakness to suggest that the muscles of the neck will be too weak to hold the neck in position over time.

DO I NEED SPINAL TREATMENT?

Fusion, when performed as part of a laminectomy procedure, will eliminate movement in the levels so fused. This is usually achieved with some form of instrumentation to hold the bones rigidly until the bone heals, and adds stability to the neck (assuming the fusion heals properly). Most skilled practitioners believe that getting the spinal alignment to fuse in as close to the normal neutral lordosis will keep the remaining levels from degenerating as quickly. There are various competing forces and issues (difficulty in getting the alignment of the spine corrected, risks of being more aggressive, among others). Generally, we try, where possible, to restore or maintain a 20 degree or more curve within the entire cervical spine (normal is generally considered 20 to 40 degrees).

The consequences of the procedures include reduced neck range of motion (and the amount of reduced range of motion depends on the levels so fused), slightly increased risks associated with the more extensive nature of placing screws, cables, or other forms of instrumentation into the spine, the need to observe the patient over the year or so after the operation to make sure the fusion takes and doesn’t develop into a pseudoarthrosis [failed fusion, see the section on re-operations].

When the area of stenosis is less extensive or off to one side, a smaller procedure can be performed. Some disk herniations can also be treated by a small procedure from the back of the neck, which doesn’t require a fusion to achieve the goal of decompression of the nerves or spinal cord. The indications for a “keyhole” foraminotomy [because the surgery is small like an old-fashioned key hole] may be different than that of a discectomy or a laminectomy, and in some cases either procedure may be appropriate.